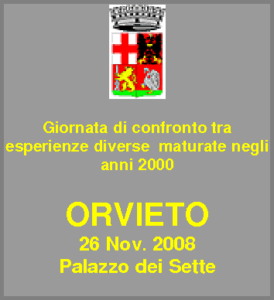 CICOP Federation
International Centers for the
Conservation of Architectural Heritage

CICOP Italy organizes a Study Day on the subject, which will include experts in the field with the aim of contributing to more productive management of military public heritage, its development and enhancement.

It is a patrimony of great historical and architectural interest, which includes properties dedicated to defense and logistical support, heterogeneous and extended throughout the Italian territory, nowadays not sufficiently studied and known, for reasons of confidentiality. Over 300 military properties are being abandoned and others will be added over the next few years. They are part of this vast Italian heritage former convents converted to military structures after the unity of Italy (1861) and other inner quarters built between 1863 and 1945 following specific serial prototypes, scattered throughout the Italian territory, no longer capable of responding to the current technological requirements and to the synchronization of the territorial defense model.

Specifically, with regard to dismantled military barracks, their features, including seriality, make them very interested in the study aimed at rationalizing the process of converting properties and areas into new functional contexts.

CICOP Italy recognizes that the particular location of these buildings in the urban context, often at the margins of historic centers such as Orvieto, the size of the free areas around them, their formal dignity, their internal distribution rationality, and finally the regularity and Modularity of architectural spaces and structures, constitute a set of values ​​that deserve to be conglobated in the future development of the urban contexts in which they are located.

The following topics will be discussed in particular:

Exhibitions of invited speakers will be included in a special section and published in the relevant acts of the 3rd International Congress of H&mH (Hazards and Remedial Steps of Modern Cultural Heritage) organized by CICOP Italy, to be held next year in Greece (in the Island Of Leros).