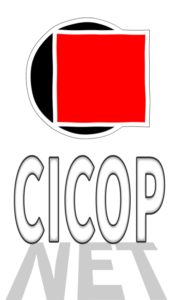 “Modern Heritage between Upgrading and Preservation
Risks and Remedies”

“Heritage and ideals, our code and standards – the things we live by and teach our children – are preserved or diminished by how freely we exchange ideas and feelings.” – Walt Disney

The Congress “Hazards and Modern Heritage”, focuses the attention on the state-of-the-art research on vulnerability of cultural heritage to natural and technological hazards and their remedial steps.

It is a periodic Congress that has already reached its fifth edition, with great success, and the first four editions of the conference H&mH were under the patronage of UNESCO and local public Authorities.

The origin of this initiative comes as a result of my participation in the workshop held in Czech Republic, within the EU program ARIADNE 04, (Advanced Research Initiation and Developing Networks in Europe), “European Research on Cultural Heritage”, organized by ARCCHIP Centre, in order to improve the up-to-date mutual information about scientific achievements and capacity of research facilities in the pre-Accession to EU countries.

The fundamental purpose of the CICOP Net Confederation that promotes this cultural event, is to contribute to the elaboration of policies and strategies for the preservation of modern (tangible and intangible) cultural heritage by fostering synergisms between modern science and local knowledge.  Whereby, the H&mH Congress organizes an international forum in which a wide range of risks threatening cultural heritage are examined and discussed in a multidisciplinary perspective, from a viewpoint of which encourages both the development of cultural policies intended to preserve cultural diversities and the setting up of areas of communication between public and private sectors.  The setting followed is to investigate an interdisciplinary approach to the vulnerability of cultural heritage to hazards and prevention measures.

Let me very briefly summarize some important conclusions which have been achieved during the four previous H&mH Congresses, which were held in:

First of all, it was confirmed that the risk perception of the architectural heritage is related to the cultural identity of every civilization, to the exigency that each culture feels to remain recognizable, even in changing of times and of nature of the risks. The cultural identity of a place is a code of belonging, a way of being that was built over the centuries, and that, if it changes it needs to change without upheavals, but gradually. The “important of the place” has been fully grasped in the all above cited events and in particular in the the four previous H&mH Congresses in Greece and Bosnia.

Another important result,  is that, apart from the need to document , evaluate and preserve cultural heritage, we also have to create awareness and appreciation for all aspects – formal, cultural, historic, economic –  among professionals and politicians, students and general public.

The physical vulnerability of built heritage, if it is  combined with a lack of financial resources, insufficient knowledge and protection, makes architectural and town planning particularly vulnerable  to various agents (climate, economic, etc. ).

The most crucial points specifically concerning the risk management of the architectural heritage are related to:

Risk management solutions should be adopted on the base of their suitability for sustainable preservation of heritage, rather than be imposed by theories embraced on an ad hoc basis from other disciplines. This will be best achieved by a multidisciplinary approach, which includes social and natural sciences, and economic and legal perspectives; also, it must be led and co-coordinated by involving stakeholders, including their professional groupings. Such approach, if successful, will set the norms for best practice, legal precedent and insurance evaluation for heritage. Furthermore, educational programs to increase awareness of owners on possible cultural/historical values of their buildings must be established.

The general structure of the Congress Hazards and modern Heritage remains the same for all editions, and for each edition also turns its attention to a specific issue related to the place where it is being held.

Although the temporal limits of the “modern heritage” are not well clarified until now, the need for their identification and documenting is also well punctuated in the letter of greeting to the 1st H&mH Congress by the former Director General of UNESCO, Mr. Koichiro Matsuura: “This meeting is indeed of considerable interest to UNESCO and ties in with a joint initiative recently launched by the UNESCO World Heritage Centre and ICOMOS with a view to the identification and documentation of modern heritage. This programme, with which I understand that you have already been associated, covers the planned and built heritage of the nineteenth and twentieth centuries, and is aimed at actively promoting a deeper appreciation of its role among the States Parties to the World Heritage Convention. It is within this framework that the International Conference on Modern Heritage will be held at UNESCO Headquarters this coming September and I am happy to note that it will benefit from input from your Rhodes Conference.”

In the first three congresses held in Greece, the importance of the shared (colonial) cultural heritage has been highlighted. Aim of the congresses was to contribute for a greater human solidarity based upon recognition of cultural diversity, on awareness of the unity of humankind, and of the development of intercultural exchanges.  The most important result has been to highlight that the respect of the cultural diversities, tolerance, dialogue and cooperation in a climate of mutual trust and understanding are among the best guarantees of international peace and security. Our hope is that these three conferences contributed to change an overcome view of colonial heritage.

The conferences were also an incentive to include the Italian colonial heritage in the Mediterranean in the list of modern heritage protected by UNESCO.

Francesco Bandarin, who was the honorary president of the 2nd edition of the H&mH Congress, in his greeting to the conference has written: “UNESCO supports and embraces contemporary cultural expressions, including modern architecture. Significant works of modern architecture are a noteworthy component of the world Heritage List, with currently 12 works of modern architecture from around the world included on the List. Efforts to preserve and protect architectural heritage, including conferences such as this one, are essential to the preservation of our shared heritage. With the projected growth of urbanization in the years to come, these efforts will only become more vital for the safeguarding of our treasures for the future generations.”

The 4th Congress held in Sarajevo has highlighted the “importance of the place” as concern towards the protection of the architectural heritage, by pointing out a self-reliant development of possible remedies to be taken after damages inflicted to the cultural heritage by a war or other conflictual aspects. Furthermore, it is emerged the need for an approach in which each society should be able to decide their own social project towards the preservation of its cultural heritage, adopting highly participatory democratic procedures that allow everyone to express their goals through free discussions and the comparison with the decisions made in an international level. It is not difficult to trace in this approach the need for cultural heritage damages remedy, through practices of self-centered economy, managed personally by the direct beneficiaries through participatory public-private processes.

Natural and environmental hazards threaten all european countries; floods, landslides, forest fires and earthquakes repeatedly occur, thus causing major disasters. The recovery and consequent repairing measures – even if successful – cannot eliminate disaster consequences on the built heritage. Therefore, the importance of preventive measures against natural and environmental risks should be reflected in disaster protection policy and initiatives at both local and national level.

In particular, we need a standards system of recording the existence, condition and threats to cultural heritage in Europe. The inventory has to be kept up to date and its influence to European economy needs to be properly evaluated. The basis for a sound and rigorous risk management should be formed only through such inventory and shared methods, and any intervention should be subject to appraisal procedures and quality controls.

Hazards, following catastrophic consequences, mean a sudden change in external conditions that provide destruction of built heritage and endanger human life. The most frequent hazards, connected with natural phenomena in Balkan countries are the earthquakes. Earthquakes are one of numerous causes of destruction of cultural heritage. But, generally speaking, the constructions  which have had regular maintenance, have survived to the seismic impact.  Other damage causes, i.e. pollution and human activities, might have been of more importance for their preservation or disappearance. Heavy structural damage can take place due to prevailing aspect of the interaction of several already existing pathologies. Therefore, it should be recognized that earthquake prevention is one of the most important policy framework over the years.

In addition to all general and technical criteria for repair measures (safety, economy, reoccupancy), necessary to improve the seismic resistance, decision making in the case of monumental and historical buildings, has to consider a third set of criteria, which are more specifically related to the intrinsic values of such a buildings (aesthetic appearance, perceptive values, historic importance, collective popular memory, technological and structural values). All these values are antagonist among them and should be considered during the optimization trial.

The protection of the architectural heritage involves at least four sets of issues. First, the “knowledge”, through the most appropriate forms of risk analysis. Second, the “supervision and control”, through a series of legislative constraints and planning. Third, the remedies after damages, “restoration and/or recovery”. Fourth, its enhancement, that is, make it accessible and source of culture and social growth.  The imprint given to this 5th edition of the Conference, focuses the attention on all these issues, and aims to emphasize and explore the importance of all physical (urban built heritage) and metaphysical (ethical, social, etc.) characteristics of place on the process of re-design, and in particular to the:

Now, as then, the problem of protection of the architectural heritage from hazards is and remains the same: to be able to operate effective regional  and national political and cultural approaches, and to exploit and govern the diversities, to make the various realities, jealous of their part of history, communicate among themselves.

I hope sincerely that the 5th edition of the Hazards and modern Heritage will be successful as the previous ones, and will provide a forum for the dissemination of expert knowledge from the around world that will contribute to the preservation of our cultural heritage.

I would like to express my appreciation and gratitude to the President of CICOP Bosnia and Herzegovina, Prof. Amir Causevic, and to all colleagues from Bosnia, Italy and Serbia,  who promoted and organized this important international event.

Co-chairperson of the Congresss